Proposal at one of the wineries

It can be hard to figure out the best proposal ideas, especially as a guy. We seem to be very simpleminded in this department. When we were approached to do a winery tour/proposal party I thought it would be very straight forward (thinking like a guy). Well, we found that it was a bit different than we had thought. It was a late afternoon when I received an email from Sara about a winery tour reservation. She was the person who was organizing everything for a birthday winery tour. She asked “do you have any ideas for a secret proposal at one of the wineries? The birthday girl’s boyfriend wants to propose. This was exciting to say the least. After many ideas we came up with an elaborate plan to surprise the hopefully bride to be. It involved a cake that spelled out “marry me”, a hidden table at the winery’s cellar and of course delicious wine of course. We prepared a private tour of the winery’s cellar where we had placed a table, candles, flower pedals and the cake. As we went down to the winery’s cellar it was suggested to get some dessert and as the bride approached the table and opened the cake box she was ecstatic to see the message. As Matt, the groom to be got on one knee and asked “would you do me the honor of marrying me”. The bride with tears in her eyes said “YES!”.

This was by far one of the most memorable wine tasting tours. It was definitely our first time to witness a proposal. WOW! Congratulations to the beautiful couple…we were lucky to be share this moment with them!

We can’t wait for what the next Denver wine tasting tour has in store for us and more importantly for our guests!! Join us on our next Denver food and wine adventure! 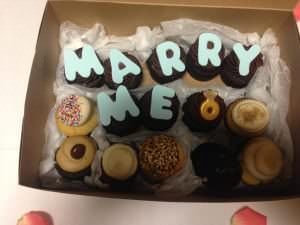 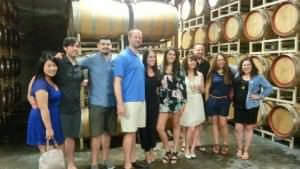 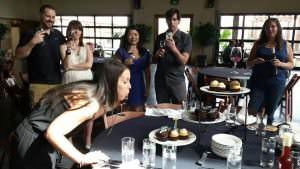 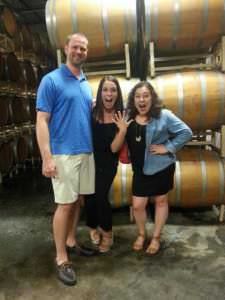