Labeling Laws of the Wine World

You can’t just make wine and slap a label on it. While you may buy wine based on what the label looks like (we’ve all been there), there’s more to the label than you may realize. Every wine region has to follow a certain set of laws and regulations that dictates the wine making and labeling in their region. The same can be said for liquor stores and wine shops. If it’s not regulated, it can’t be sold. It’s easy to go to a wine shop and find a bottle of cabernet sauvignon, but the process is more complicated for the winery and wine shop itself. 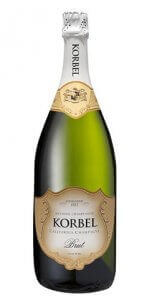 One of the most well known wine laws is in France; only champagne that comes from its namesake can be labeled as such. The French wanted to protect the word “champagne” and ensure it only referred to the wine that was made from the Champagne region in France; however, it took a few laws to achieve this. They included a law limiting the use of the word in the Treaty of Versailles. That law, however, turned into a loophole for the United States. Although we signed it, we never ratified it. It wasn’t until 2006 and the Trade in Wine agreement between the United States and the European community that an arrangement was made. According to the Library of Congress, “American producers who were using the term “Champagne” when the agreement was signed were grandfathered in, which is why you still see some “Champagne” wines from California. Apart from these exceptions, only Champagne from the official French region of Champagne (and made according to specific rules) can claim that term,” (Jenny Gesley, 2016).

There are wine laws that the entire United States on the whole has to follow, in addition the state laws. The Alcohol and Tobacco Tax and Trade Bureau administer all wine laws in the United States. “After the country ratified the 21st Amendment to the Constitution which repealed Prohibition, in 1933, each state formulated their own laws governing the manufacture, sale and transportation of beverage alcohol,” explains Doug Caskey, Executive Director of the Colorado Wine Industry Development Board. Caskey continues further, “Most states adopted some form of what is known as the three-tier system, three levels of separate licenses governing three different segments of the business [Manufacturer, Wholesaler, Retailer]. The three-tier system is the foundation of most all liquor laws in all states, with some variations.” However, in Colorado, there is a bit of a caveat to that. Some states can offer certain freedoms outside of the three-tier system, and Colorado is one of them. “In Colorado, we allow wineries to self-distribute their wines without having to go through a separate wholesaler, allowing small wineries to circumvent the middle tier,” adds Caskey.

“Before crushing any grapes, a winery must receive a federal winery license plus either a manufacturing winery license or a limited winery license (limited to 100,000 gallons/year of production) from the Liquor Enforcement Division of the Colorado Department of Revenue,” says Caskey. Caskey then goes on to explain that state and federal licenses are not subject to the jurisdiction of the local liquor licensing authority, but there are a few caveats. “A winery, brewery or distillery must comply with land use, zoning, building and other codes enforced by municipalities or jurisdictions; The manufacturer must send a copy of their application to operate a sales or tasting room whether it’s on the original manufacturing premises or at a remote location to the local licensing authority for review; A brew pub, vintner’s restaurant and distiller’s pub license is an odd hybrid license.  Although all of those licensees are allowed to manufacture their respective product on their licensed premises, they are technically a retail liquor license according to Colorado statutes, and can sell all kinds of beverage alcohol just like a regular bar.”

One of the most widely known laws is that all bottles made in the U.S. are required to have a warning about the dangers of alcohol in addition to warning the customer about the sulfites in the wine. Other laws include how you must label a wine depending on the grape variety as well as the location of the grape. If a grape variety is on the label, the wine must contain at least 75% of that grape. For example, if you label a wine as sauvignon blanc, at least 75% of that wine must be from sauvignon blanc grapes. On the other hand, if the wine is a blend, the winery can use a proprietary name instead.

Another U.S. wine law takes into account how to label where a wine comes from. There are a few options a producer can use when putting the location on their label. The first has to do with the American Viticultural Area (also known as the AVA; this is a federally defined grape growing region); at least 85% of the grapes have to be from the AVA if that’s the location that is going to be on the bottle. In Colorado, there are two AVAs, Grand Valley and West Elks. The next option for putting location on the bottle is to put the county. If this is going to be the location designation, then, again, at least 75% of the grapes need to be from said county. Finally, there is the option to put the state as the location. While most states require at least 75% of the wine to be from that state, there are a few exceptions. Washington State requires that 95% of the wine be from Washington while California requires 100%.

Now it’s easier to take a deeper look into how Colorado wine is labeled knowing that information. All Colorado wines must have an origin on the label, even if that means not putting Colorado as a location. If grapes cross state lines (i.e. California grapes come to Colorado) then the label must be labeled “American.” It doesn’t matter if the actual wine was made here in Colorado, if the grapes were not grown in the state, then there must be that indication on the label. This is also the case if less than 75% of the grapes are from Colorado. When a label says “Colorado Grown” on it, that means 100% of the grapes or fruit used to make the wine come from Colorado. It also means that it was produced in Colorado. This is to assure the drinker that what they are consuming is local.

The following are two different wines, Balistreri Tempranillo and The Infinite Monkey Theorem Rosé, and both contain the following aforementioned aspects on their labels. 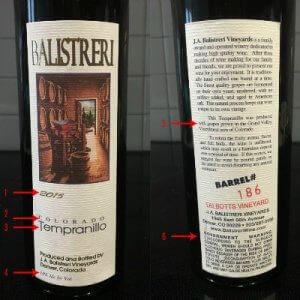 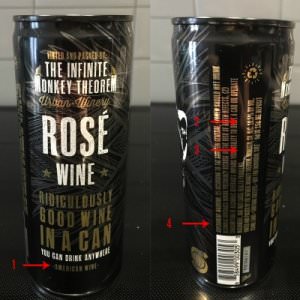 Winemakers aren’t the only ones who have to follow different laws and regulations – liquor stores have to as well. There are distribution laws, shipping laws, and allocation laws. “Per Colorado law, we can only sell product purchased from a licensed distributor or producer if they are self-distributed. No exceptions,” says Page Myers, General Manager and Buyer of Wines off Wynkoop. This is going to be the same for any wine shop or liquor store you find yourself in. While there are no laws that have to be followed when it comes to allocation, there is a certain hierarchy that’s followed. “Products can be allocated (restricted) to certain types of businesses. Restaurants and bars (on premise) get preferential treatment over retail (off premise) for certain products,” explains Myers, “larger volume retailers get preferential treatment (more allocations) than smaller retailers.” And if you’re trying to find your favorite Colorado wine while in another state, you may have trouble doing so. “Colorado wineries much obtain a wine shippers permit for Colorado, which just went up to $100 per year, if they wish to ship directly to consumers in the state. On top of that they would need to get licenses for every other state they ship to, many of which charge hundreds of dollars a year,” says Caskey. But if you have any questions, employees at wine shops and different retailers are trained to know wine laws and recognize how to read a label correctly,” according to David Moore, Owner of Divino Wine & Spirits.

Next time you buy a bottle of wine, take a closer look at the label; you may be surprised at what you find. If you’d like to learn more about the laws our local winemakers have to follow, join us for a tour!